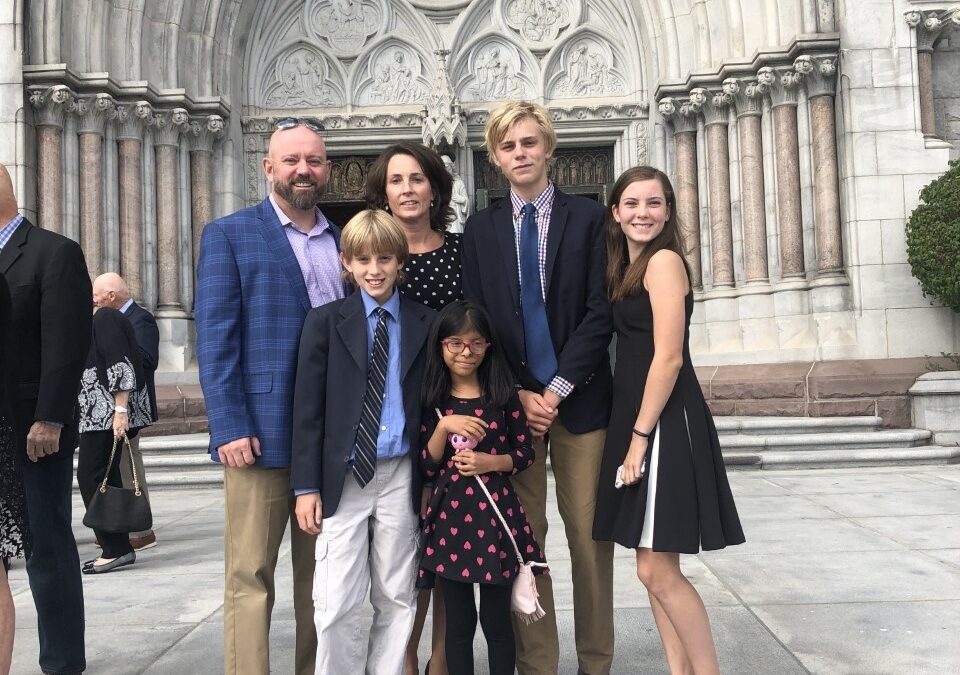 Mariana Yupanqui Lira, 7, behaves much like other children her age. A bundle of energy, she runs around with other kids and even wrestles with the boys in her host family. She’s come a long way since she first visited the United States five years ago.

“She’s very open to people,” said Dr. Hakan M. Kutlu, a board-certified plastic surgeon who first met Mariana as a shy 2-year-old when she came to the United States from Peru in 2014. “She’s changed quite a bit. She used to be very withdrawn.”

Mariana’s personality transformation stems from more than just growing up and learning English. She was born with a severe facial deformity called a hairy nevus, a condition that caused what essentially was a giant mole to cover the left half of her face. The condition occurs in one of every 500,000 births.

“Kids can be very cruel, and people can be very ignorant about these conditions,” Dr. Kutlu said. More important, the condition can turn into melanoma, a deadly form of skin cancer, if left untreated. Surgeries should be performed before a child turns 12, as after that, the risk for malignancy is greater.

Fortunately for Mariana, a non-profit organization stepped in to give Mariana access to the life-changing care she needed. Healing the Children New Jersey has provided care to more than 37,000 children since its founding in 1981. The staff brought Mariana to the United States, where she has undergone a series of surgeries to remove the potentially cancerous tissue and replace it with clear skin. All services are provided at no cost to the child’s family. Sisters of Christian Charity provided a home for Mariana and her mother during the first three visits. During the most recent stay earlier this year, she traveled without her mom and was placed with a local host family. She underwent her most recent surgery at Saint Clare’s Denville Hospital.

“It was a privilege to care for this amazing little girl,” Jan Bednar, CNO, Saint Clare’s Health. “This is just one example of our health care system’s commitment to healing our neighbors, whether they come from around the corner or around world.”

Treatment for Mariana’s condition involved removing the affected skin and replacing it with healthy skin from other areas. To create new skin, Dr. Kutlu placed balloon-like tissue expanders under the skin to stretch it, much like pregnant women’s skin stretches as their bellies expand. These expanders were put under unaffected areas of the face and filled with fluid to expand that skin. When left in place, they create grafts to replace the affected skin. Grafts also are taken less noticeable areas that are covered by clothing such as the groin.

“Over time, there is less and less of the growth,” Dr. Kutlu explained.

After her latest surgery at Saint Claire’s, Mariana will no longer need major revisions, although she will need touchups throughout her life.

“She is super resilient,” Dr. Kutlu said, recalling the withdrawn toddler who first arrived in 2014. “She has really blossomed.”

Her host mom agrees. Sue Eagan says Mariana is doing so well that she enrolled her in the local elementary school.

“The teacher adores her, and she loves her classes, especially art,” Mrs. Eagan said. “She has been making friends, doing homework and having a wonderful time.”

She described Mariana as “a typical first-grader” who loves American Girl dolls, Shopkins collectible figures and her tablet. She makes bracelets and can be a picky eater but eats “very clean” foods. She sometimes teases her host siblings.

Dr. Kutlu said he provides pro bono services to international patients as a way to give back. As a solo practitioner, he is unable to go on overseas mission trips without shutting down his practice. So he partners with organizations like Healing the Children, which bring the patients to him.

He also is grateful to hospitals like Saint Clare’s Health for allowing him to use their resources.

“Saint Clare’s is a nice, local community hospital,” he said. “The staff is great people to work with and we were so happy they were able to donate their services.”